The False Narrative on Mental Illness and Gun Violence 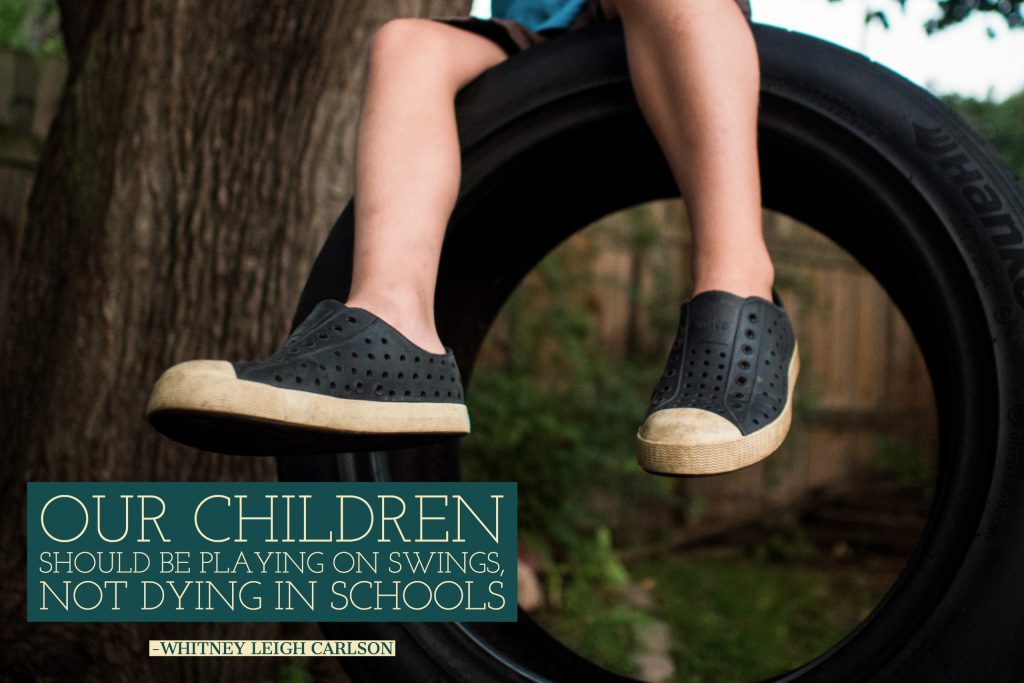 I began this blog just a few days ago on February 14, 2018, to start sharing my story of a lifetime struggle with mental illness. That same day, just a few hours after I posted, reports began to pour in of another horrific mass murder that took place in a Florida school where 17 people were shot to death with an assault rifle. Like most people who heard of the tragedy, I began to grieve the lives lost and questioned what kind of world we live in. These were beautiful lives, taken and destroyed by a cowardly act of another. They were coaches, and teachers, and children. My God, CHILDREN, murdered in school!!!! I think about the parents who sent their teenagers off that morning never knowing the tragedy that would take them away. The parents who still remember what it was like to hold them as babies, and smell their sweet skin, and talk about dinosaurs, and fairies. They experienced their joy, heartache, and dreams of the future as they grew. Now their future is taken away. My heart breaks for them, and like so many others I want to do something so that this never happens again! Then that night, along with all the other parents in the US who would say goodbye to their kids as they left for school the following day, I fearfully wondered if my son could be next.

As the debates online began to arise about what could, if anything, be done, a familiar term kept popping up right beside calls for stricter gun laws, better parenting, and people saying there was nothing to be done. From news articles to government officials who don’t want to discuss gun control to people who do want change to gun laws, the term “mental illness” or “mentally disturbed” kept coming up. Calls for mental health reform and an overhaul of our mental health system are pouring all over the internet, from across party lines. The truth is, we need changes to our mental health system. We need more access to health care and more support for those who suffer. Many with mental health conditions are still struggling to get adequate coverage, and the stigma that surrounds mental health keeps so many from reaching out and getting help. There are also gun restrictions that should be put in place to restrict certain individuals with severe mental illness from buying guns. However, while these restrictions can be a small part of a solution, it fails because it only affects the very small percentage (less than 5%!) of gun violence. Likewise, it can have devasting effects on those whose psychological health is suffering. Calling for mental health reform only when a mass shooting happens increases the stigma surrounding mental illness and does not address the much more significant risk factors of someone becoming violent.

On that horrible Wednesday when people began to blame mental illness as the reason for the deaths, in the back of my mind personal fears and shame started to pop up. I was one them. I was in that category of people with mental illness that we should be afraid of shooting up schools. I had just put it out into the world that I struggled with mental health, and now many of our leaders were blaming what happened on a sickness that I had. For me, it was a fleeting thought, only because I have worked through the shame and fear I used to have with admitting my struggles. I know that sometimes it can be a cause of violence, but also know that it is very rare. But I can promise you that there are many more people out there, nonviolent people, who are now even more determined to hide who they are out of fear of what others will think of them. There are people out there who are now more unlikely to get help because they believe, there is nothing wrong with me! I’m not like that guy who just murdered 17 people!!!! There are also people who are not going to get help because they don’t want their guns taken away from them if they are diagnosed with mental illness.

Here are some facts about mental illness and violence that need to be widely known here in the United States. They need to be understood so that we can work on solutions that are effective in preventing our children from being murdered. These facts need to be known to fight the stigma surrounded mental illness so that more people will get help when they need and so that we can have a healthy society all around. They need to be known so that when we send our kids to school in the morning, we don’t have to fear for their safety.

Did you know that overall those with mental illness only account for 1% homicides by guns?

Did you know that those with serious mental illness are over 10 times more likely to be victims of violence than the overall U.S. population?

Did you know that People with mental illness are far more likely to harm THEMSELVES through gun violence (suicide) than harm others?

Did you know that the most prominent predictors of a mass shooting are domestic violence, substance abuse, and being male, not mental illness?

So what can we learn from all this? That most people with serious mental illness are never violent. There “are small subgroups of persons with serious mental illness are at increased risk of violence during certain high-risk periods, such as during a first-episode of psychosis and the period surrounding inpatient psychiatric hospitalization.” However, these instances are rare. Approximately 1 in 5 adults in the US experience mental illness in a given year. That is roughly 43.8 million people! These people, myself included, need better health care, more understanding, and to live in a society where they are unashamed to ask for help and speak up when they need it.

We also need to switch the narrative when discussing preventing gun violence to solutions that are effective and will be able to save our children. We need to focus on facts and look at other nations that have done better in this fight. We need to listen to the parents of the children who have died, and the victims that have survived. I do not have a simple answer, but I do know that we have to do something. So let’s make sure what we are doing will keep our children from being murdered in school! There are three organizations that I follow that are doing the hard and necessary work to prevent gun violence in school, and I encourage to support them. Sandy Hook Promise is a national non-profit started by families who lost loved ones in the horrendous school shooting at Sandy Hook Elementary. Everytown is formed by Americans working together to end gun violence and build safer communities, and at the heart of it is Moms Demand Action. Americans For Responsible Solutions was created by Gabby Giffords after she was critically injured while meeting with constituents in her hometown of Tucson. Read their stories, support their campaigns, and donate so that we will not have to live in fear.

To the victims of the shooting in Florida, I am so sorry I didn’t do more before now. To the grieving teachers, coaches, children and all of their loved ones. I grieve with you. I am so incredibly sorry that your beloveds were taken away. We will not forget them.

Why We Must Learn to Love Ourselves